CHP is an advanced and highly- efficient approach to generating electric power and useful thermal energy from a single fuel right at the point of use. Every CHP application

involves recovering otherwise-wasted thermal energy and putting it to use for heating, cooling, process thermal energy, or electricity. CHP already supplies 8% of our nation’s electricity, and can and should supply more.

CHP is highly efficient because it is located right near where the energy is used, so less gets lost in generation and transmission, as shown in the image on the left. CHP captures and recycles thermal energy that would otherwise be wasted, creating up to a 2/3 savings in fuel costs. 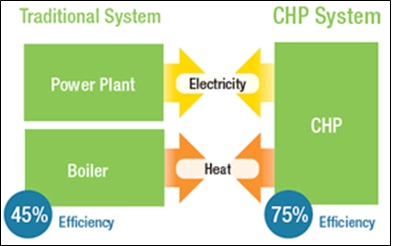 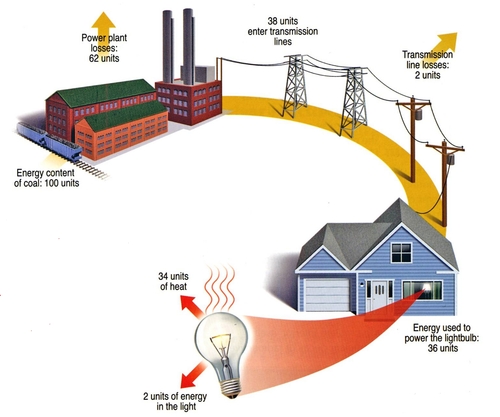 CHP also provides other benefits as well, including improved power quality and reliability, improved energy cost predictability, business continuity, and energy security. In the Northeast, where extreme weather has threatened the energy security of our critical infrastructure and businesses more than most in recent years, CHP’s value is especially pronounced, as continuously generating CHP is far more reliable than traditional backup generators, which have a high rate of failure when needed most. CHP can also provide high quality power, with few voltage sags or interruptions, which is critical for facilities like data centers, financial institutions, and research centers.

CHP also provides benefits to the wider grid. In the Northeast, where electricity prices are relatively high, end users and industry benefit from reduced wholesale power prices when demand on the grid is reduced. All customers also benefit from increased reliability, greater energy efficiency, and lower power costs resulting from CHP.

CHP is also far cleaner than traditional power, and even compares favorably with other renewables. The numbers from EPA at right suggest that for every dollar in capital spent on CHP, more CO2 is saved than if the same dollar were spent on solar or wind energy – by an almost 2:1 margin. That’s because, unlike wind or solar, CHP operates around the clock making clean, efficient power. That’s what the figure for “average capacity factor” means: that CHP runs at full capacity 85% of the time, compared to other technologies that only generate when the sun is shining or the wind is blowing.

Why does CHP need a champion?

From regulators to potential end users, not everyone understands the benefits of CHP, and barriers often result. NECHPI works to promote CHP providers in the marketplace and connect them to end users, but just as importantly, we work to make sure effective CHP policy is in place throughout the Northeast. We promote equitable net metering treatment, efficient interconnection processes, fair standby charges, and sensible air regulations, among other policy priorities. Increasingly, NECHPI also works with regulators to inform about CHP’s role in the electric grid of the future, where utilities and end users work together to promote grid efficiency. New York and Massachusetts have both taken steps to begin creating this “Grid 2.0,” and NECHPI is working to make sure CHP is central to those discussions. 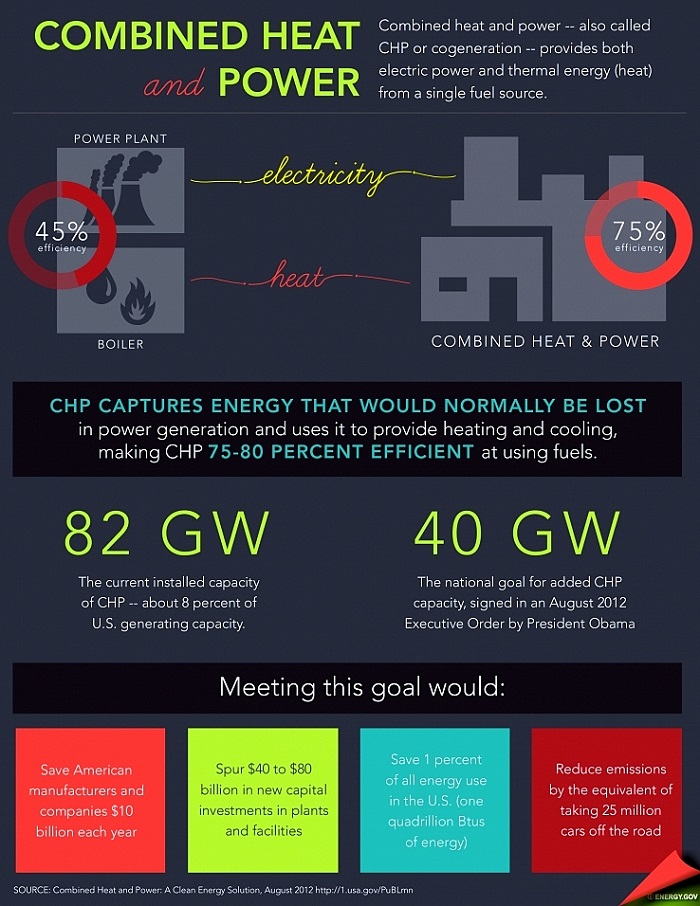